After i had installed munin-node on some new systems i recognized that the scale for some plugins like netstat were set to logarithmic view.

The logarithmic view is useful, if there are some peaks in your graph (see further information on the german blog debianroot.de). It would show the different large value peaks as well as the different small values  Normally the graph displays the large values only. 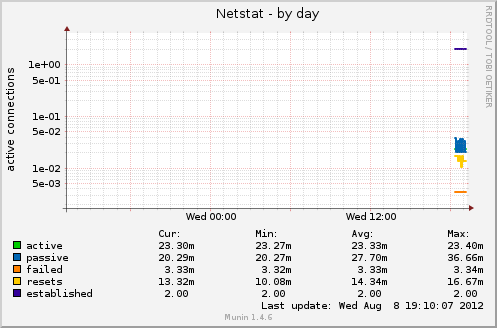 It is possible to view the absolute values below the graph, but i prefer to look at the y axis of a graph to recognize the utilization, so i dediced to change it to the old style.

There are two ways to achieve this:
a) set a additional entry into the main munin configuration

b) change the config inside the plugin script (f. exp netstat) on each munin node. If you have a lot of hosts, you will use a tool like puppet to release this change). On Debian and Ubuntu the plugin script is located at /usr/share/munin/plugins normally.

and change it to

Don´t forget to restart munin-node service. You can force update of the data and the graphs on the munin main system with the following commands: 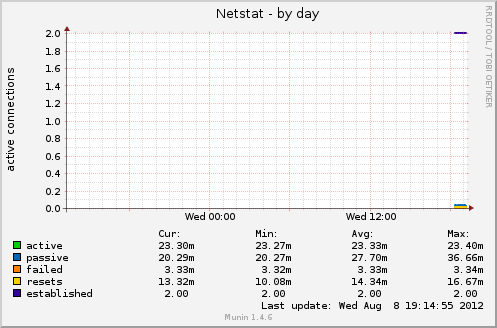